Having beaten South Africa comprehensively in the recently concluded two test series, Sri Lanka were firm favourites going into the first ODI in Dambulla, and more so because of South Africa’s poor ODI record on the island (only 4 wins in 19). Instead, it was the Proteas who drew first blood on the back of a dominant bowling performance to take a 1-0 lead.

The Lankan ODI team had several stalwarts from the test team missing, with the likes of Karunaratne, Herath and Dilruwan Perera unavailable to the home side.

After winning the toss, Angelo Matthews chose to bat, a decision that backfired badly on the hosts as Proteas pacers Kagiso Rabada and Lungi Ngidi reduced them to 36/5 in the opening hour.

South Africa had chosen to go with two allrounders in the form of youngster Willem Mulder and Dolphins star Andile Phehlukwayo, but the two were taken to the cleaners by the two Pereras- Kusal and Thisara, as Sri Lanka fought back.

However Tabraiz Shamsi halted their charge with the wicket of Thisara, who fell for a quickfire 49 from 30 balls. As seen watching the game through LMI Sports, Kusal also fell to Shamsi- an unncesssary reverse sweep attempted after he had received a reprieve just a few deliveries before, with Phehlukwayo dropping a tough chance in the deep. 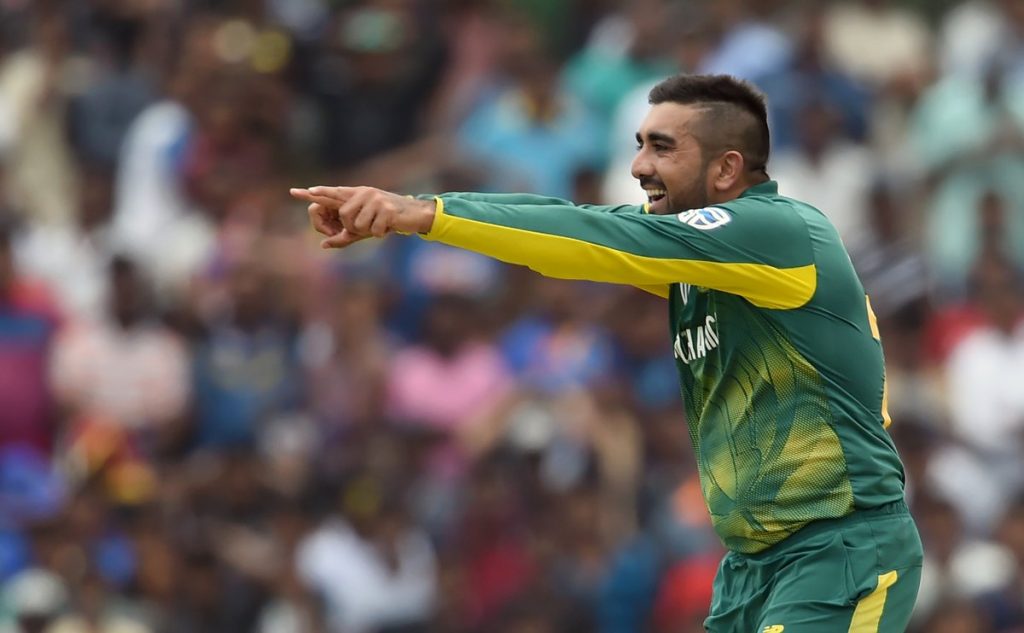 Kusal’s departure ended Sri Lanka’s hopes of crossing 200, and the home side were eventually bowled for 193, having faced just 34 of their 50 overs.

South Africa were rocked early in their chase when Akila Dananjaya got Hashim Amla and Aiden Markram off successive deliveries. However with Sri Lanka having only two spinners on the day- the other, Lakshan Sandakan, went for 74 runs in his 8 overs, South Africa coasted to the target with Quinton de Kock, Faf Du Plessis and JP Duminy all contributing. Duminy hit the winning runs with a boundary- a shot that also brought up his half century.

The second ODI will also be played in Dambulla (August 1)