India’s U-19 pace sensation and Kolkata Knight Riders Shivam Mavi looked on song during his second outing when he claimed his maiden wicket in IPL 2018 by picking up the prized scalp of opposition captain Gautam Gambhir during the 13th match between Kolkata Knight Riders and Delhi Daredevils at Kolkata. 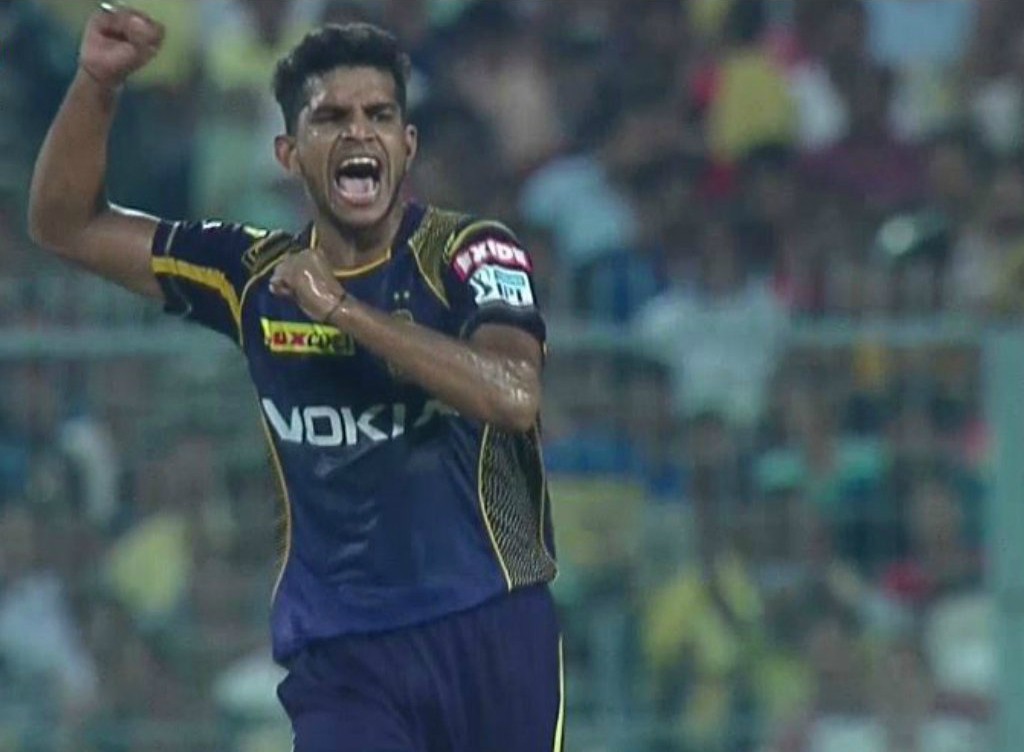 The 19 year old was a part of the Indian cricket team that won the Under 19 World Cup in New Zealand which was led by Mumbai batsman Prithvi Shaw.

You can watch this video here.