After winning the first ODI comfortably by 66 runs, India will look to seal the series against England when they meet the reigning world champions in Pune on Friday afternoon.

England would have been disappointed with the way they crumbled at the Gahunje stadium while chasing 319 on Tuesday. The visitors’ opening pair of Jason Roy and Jonny Bairstow got them off to an incredible start, but the former’s dismissal triggered a stunning collapse- they effectively went from 135/0 in the 15th over to 251 all out in the 43rd. 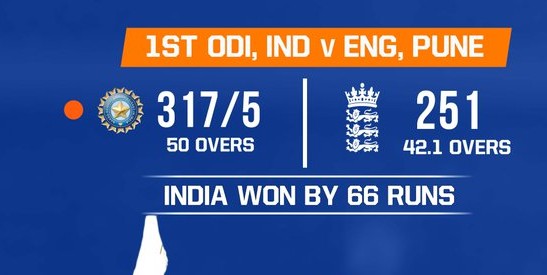 And it wasn’t the Indian spinners who did most of the damage in Pune, as has oft been the case in the past, but their pacers- Bhuvneshwar Kumar was miserly as usual (2/30 in 9), debutant Prasidh Krishna picked up four wickets, while Shardul Thakur grabbed three, including the key wickets of Bairstow, skipper Eoin Morgan and wicket keeper Jos Buttler.

There are some fitness concerns over both Morgan and Sam Billings ahead of this game, which means Liam Livingstone could get a look-in. All-rounder Moeen Ali was decent with the bat, but a bit of a let down with the ball- he only bowled 3 and was carted for 28 runs in them. Mark Wood, so good in the T20’s, started off well in Pune, but lost the plot at the back end of the innings, with both KL Rahul and debutant Krunal Pandya smashing him all over the park as the home side scored 67 in their last five overs.

Betway’s betting selection on cricket suggests that India will again start favourites ahead of the second ODI. Both the test and T20 series were interesting- England won the first game in both formats only to crumble later in the series, while India have already drawn first blood in this ODI one. The series being only 3 games long means that this is an effective do-or-die game for the visitors.

It was an almost perfect day for India in the first ODI, and the way their inexperienced bowling attack responded after the initial barrage of runs from Bairstow and Roy again highlighted the strength of the hosts’ domestic system. Both their debutants- Prasidh and Krunal, had fantastic games- the former’s 4 wickets was the most by an Indian pace bowler on ODI debut while the latter smashed the fastest ever half century by a debutant in this format. 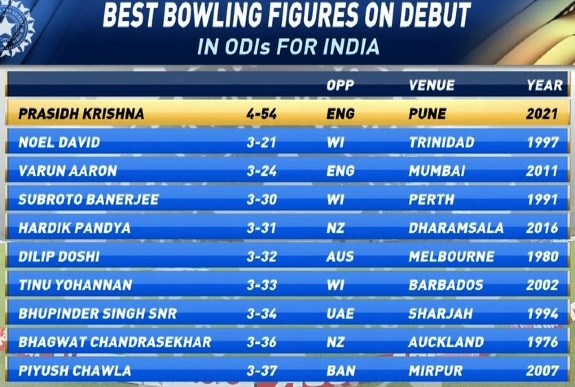 India are unlikely to tinker with a winning lineup, but will be forced into one change- star batsman Shreyas Iyer injured his shoulder while fielding and will be out for a few weeks. His replacement is likely to be either fellow Delhi Capitals team mate Rishabh Pant or rising MI star Suryakumar Yadav, but the hosts also have the choice of giving young Shubman Gill a chance in the middle order.

The only other change might be in the spin department- Kuldeep Yadav was a surprise selection ahead of Yuzvendra Chahal on Tuesday, but struggled, finishing with 0/68 in his 9 over spell. Chahal might be restored to the starting XI to give the hosts greater control in the middle section of the innings.

Weather– it’s expected to be a hot day in Pune, with temperatures expected to be around the 40 degree celsius mark in the afternoon. Eoin Morgan has had the better of his opposite number Virat Kohli when it comes to tosses, but India have won the last three games between the two sides across all formats despite being put into bat on all three occasions.