A fantastic unbeaten 60 from wicket keeper Mushfiqur Rahim, helped Bangladesh draw first blood in the T-20 series against India at Feroz Shah Kotla in Delhi on Sunday. Many had expected this game to be a walk in park for India in the absence of Tamim Iqbal and Shakib Al Hasan, but the visitors surprised one and all by claiming their first ever victory in this format against the Men in Blue. 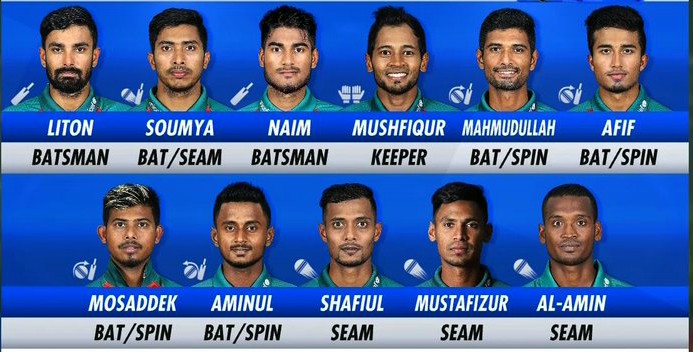 Here are our talking points from the game.

Bangladesh’s batsmen, despite having wickets in hand, had found it difficult to accelerate on the slow Kotla pitch. The Tigers needed 33 off 16 balls with the impressive Yuzvendra Chahal bowling his last over. Mushfiqur, who had fought his way to 38 off 36, attempted a slog sweep. It went straight down the throat of Krunal Pandya at deep midwicket, but the all rounder inexplicably dropped the catch. Not only did Pandya squander the opportunity to get rid of Bangladesh’s best batsman, but he also let the ball trickle over the rope for a boundary. Buoyed by that four, Mushfiqur proceeded to take Khaleel Ahmed apart in the next over and finished on 60* (43) to guide Bangladesh to a famous victory.

As mentioned above, Yuzvendra Chahal was impressive on his return to the line up. He rapped Mushfiqur twice on the pads in the same over early in his spell. India choose not to review either, even as replays showed three reds on both occasions. To make matters worse, the hosts also wasted a review on a Soumya Sarkar edge that was never there in the first place. The crowd at the Kotla made their feelings known with chants of “Dhoni Dhoni”, implying that India may not have committed these blunders had the veteran been behind the stumps.

It wasn’t quite the debut that RCB all rounder Dube would have hoped for. He made just one run from four deliveries before an acrobatic return catch from young Afif Hossain sent him back to the pavilion. He was also given the unenviable task of defending 4 runs in the final over-Bangladesh finished the game with their skipper Mahmudullah hitting him for six.

The hosts were perhaps a tad too conservative on this wicket. They scored only 35 runs in the power play- at less than a run a ball. With the exception of Shreyas Iyer, no one really seemed capable of taking the fight to the Bangladeshi bowlers from the word go. If not for a few lusty blows at the end from Washington Sundar and Krunal Pandya, the home side might have even struggled to cross the 130 mark.

A historic win for Bangladesh

This was Bangladesh’s first ever win over India in T20 internationals after eight previous failures. They had come close on a couple of occasions- most notably the World Cup semifinal in Bangalore (the 144WWW game) and the Nidahas trophy final last year.

A mental block appeared to have developed for Bangladesh while playing India, which is why this victory is so hugely significant for the Tigers. The fact that they did it without established stars like Tamim and Shakib makes the victory all the more sweet. A big milestone for coaches Russell Domingo and Neil McKenzie.