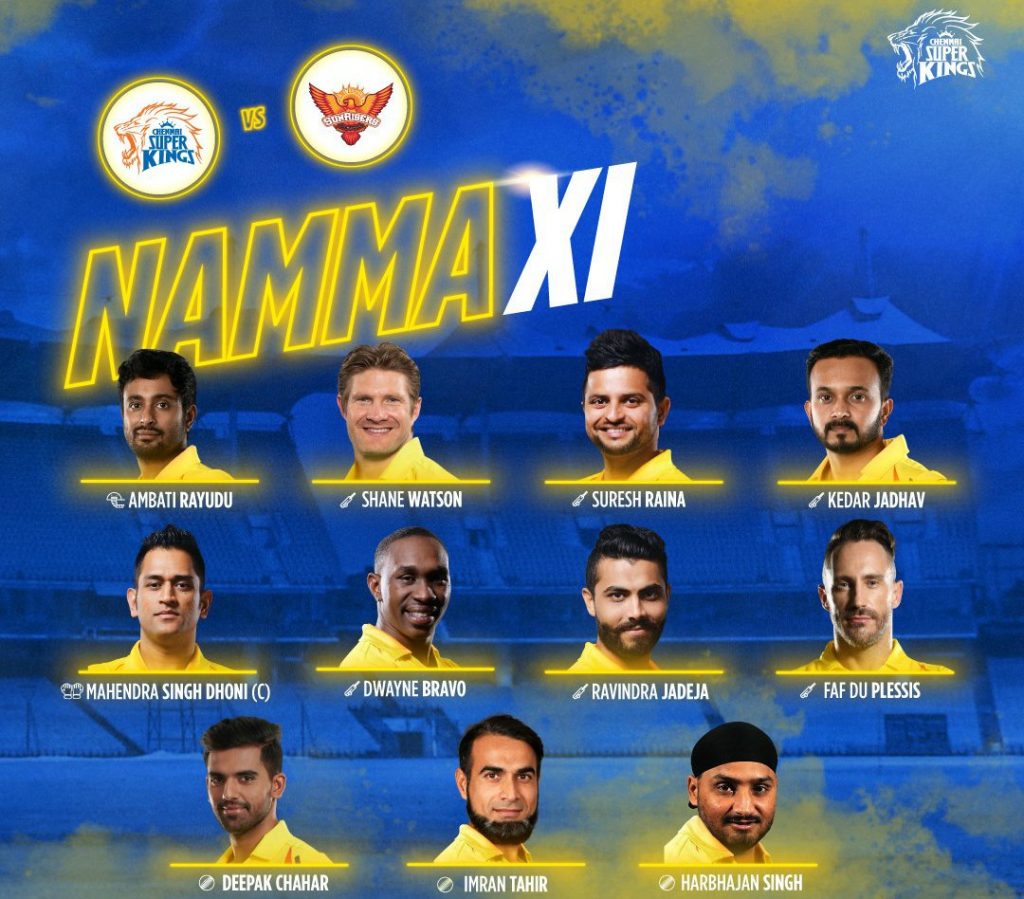 After being put into bat by Chennai Super Kings skipper, Sunrisers Hyderabad got off to a disastrous start as Jonny Bairstow was dismissed by Harbhajan Singh for a duck.

Manish Pandey who was promoted up the order looked in good touch as he along with David Warner added 115 runs for the second wicket stand, before the former was stumped by Dhoni off Harbhajan Singh for a well made 57.

Pandey was involved in yet another valuable stand of 47 runs for the third wicket, before Shankar was dismissed by Deepak Chahar for 26.

Chennai in the final stages restricted the run flow and kept the visitors to 175/3 in their allotted 20 overs.

Harbhajan Singh was the pick of the Chennai bowlers as he claimed 2/39, while Deepak Chahar bagged a solitary wicket.

Chasing a target of 176, Chennai started poorly as Faf Du Plessis was run out brilliantly by Deepak Hooda for 1. Shane Watson who had a terrible run with the bat, looked in ominous form as he added 77 runs for the second wicket along with Suresh Raina, before Rashid Khan claimed the latter for 38.

The 37 year old Watson along with Ambati Rayudu anchored the innings and brought the innings back on track with a 80 run stand for the third wicket, before the former fell four run out of a well deserved century. 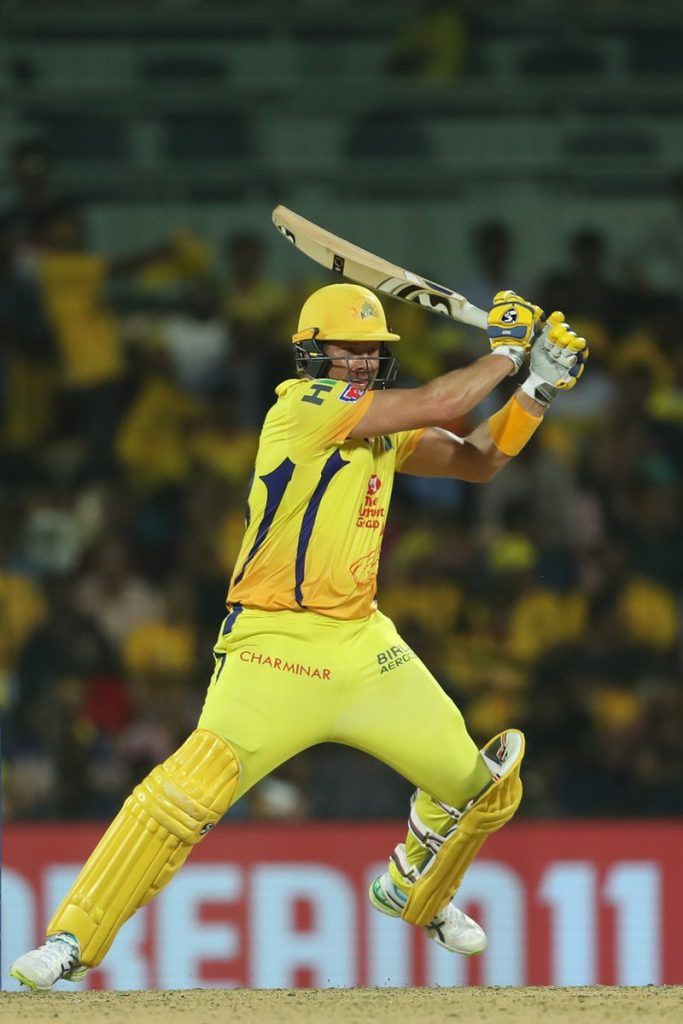 Rayudu while trying to finish the game was caught at mid off by Vijay Shankar. Kedar Jadhav held his nerve and scored the winning runs, as Super Kings reached the target of 176 with a ball to spare.

Watson was declared the Man of the Match for his blistering knock.

The 42nd match of the Indian Premier League will be played between Royal Challengers Bangalore and Kings XI Punjab at Bengaluru on 24 April, Wednesday.